Skip to content
To inherit and surpass the "knowledge economy" as a new form has become a global hot spot. Recalling the era of industrialization, machinery, equipment, and raw materials are important resources for economic development. In the age of knowledge economy, knowledge has become an important source of economic development. The design concept that it embodies should also be consistent with this era. Because of the efficient operation of commercial vision, the public's demand for visual information has been triggered. In the process of packaging design to the public's visual taste, the packaging design practitioners have played an important role. The professional skills of packaging statisticians have made them become the new darling of the public in this commercial game full of profit speculation.
Everyone knows that visual images can cover almost everything that people know. The use of packaging and decoration arts and packaging technology plays a decisive role in the circulation of commodities. In the era of knowledge economy, the practitioners of packaging design must design works that are in tune with the times in order to be acceptable to consumers to adapt to and meet the requirements of the era of knowledge economy. From a cultural point of view, people, society, and nature constitute an organic system of the world. A people-centered living environment has been established. Design activities of any ethnic group are inseparable from specific social and cultural backgrounds, and they cannot be separated from the national spirit that was fostered by the social and cultural environment at that time. The nationality and cosmopolitan nature of packaging design art complement each other. Without the creation of various national design styles and national spirits, a global design culture cannot be formed. 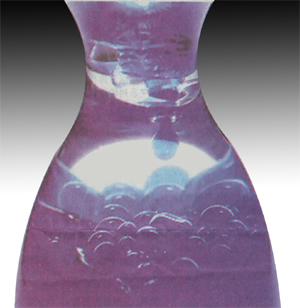