The world corrugated paperboard market grows at a rate of 2.8% per year and it is expected that by 2010, the market demand will reach 125 million tons. After China's accession to the WTO, the packaging board industry should take the initiative to meet the challenges. Most of the paperboard enterprises in China are mainly in the domestic market. From the domestic point of view, the demand for paperboard is self-sufficient. It has become one direction to expand the market from home to abroad. In this direction, quality is the most important issue for enterprises. The quality of paperboard is caused by many factors. Such as: plate æ“ plate phenomenon, board warping uneven, anti-jamming strength is not up to the requirements and other issues. Some issues are more intuitive, while others are hidden and complex. Because the influence factors of some problems often coexist, mutual restraint is intertwined. This requires a theoretical study of some quality issues.

Corrugated cardboard is composed of core paper, core paper, face paper, and bottom paper. The quality of the base paper plays a decisive role in the quality of the corrugated board. As a carton manufacturer, it should not only purchase qualified raw paper, but also observe different production situations during production and control it at any time. Otherwise, there will be quality problems such as paperboard slats due to improper production control.

When the board has a see-saw phenomenon, it is generally considered first whether the operator has adjusted the main parameters of each key point as required. Such as: cardboard tension control, single-sided steam spray on the wet and dry degree of corrugated paper to adjust and control issues. And often overlooked a very important factor - the moisture content of the base paper. It is often assumed that a slightly higher or lower moisture content is not a problem, as long as the base paper can be produced on the machine, cardboard debonding does not appear on the line. Actually, the problem of the paper's retractability depends largely on the moisture content of the paper itself. For qualifying base paper, corrugated paper must be tightly controlled between (8Â±2)%. Cardboard paper is controlled between (9Â±2)%. Excessive water content will inevitably cause the paper fibers to expand and elongate due to excessive moisture inhalation; and too low moisture content is not conducive to the bonding and forming of paper, which is particularly evident on the use of low basis weight raw paper.

As low-volume corrugated paperboard has the advantages of low quality and low price, today it is facing the rising international pulp market, it is being widely advocated and promoted by the carton manufacturers. However, due to the low basis weight of paper and the thinness of paper, it is difficult to manufacture corrugated paperboard. Plates or blisters on the cardboard surface are often caused by improper adjustment of production. Causes paperboard unevenness, printing effects and other quality issues.

Corrugated cardboard is a physical deformation of the backing paper at the top of the paperboard. It changes the tight, flat surface of the paperboard and forms irregularities along the sides of the corrugations. But also accompanied by blistering phenomenon, this phenomenon occurs more often in low basis weight paper. The reason is mainly due to the excessive amount of adhesive sizing.

As far as corrugated board production is concerned, there are many sizing problems in either single-sided or double-sided machines. For single-sided machines, in the gluing mechanism, the speed of the sizing roller on the mechanical design is slightly slower than that of the corrugating roller, so as to ensure that the sizing roller conveys an appropriate amount of adhesive evenly on the corrugation peaks. When the paper is bonded and pressed, the adhesive penetrates into the paper fibers and then solidifies to achieve a bonding effect. However, when the amount of glue applied by the adhesive is excessive, the excess adhesive is pushed out to both sides of the corrugation peak, causing the sizing line to become wider and larger. When these excess binders are dried, they shrink, and this shrinkage force will pull the paper back. When a single-sided machine uses a high basis weight paper, it has sufficient tightness to withstand this tensile force so as not to cause the bottom sheet to shrink and distort. When a low basis weight paper is used, the low tightness cannot be achieved. Resistance to wave tension can easily cause shrinkage of the base paper.

Similarly, for the double-sided machine, when the low-precision paper is used, it will also cause the paper to shrink and deform due to the inability to resist the tensile force, resulting in uneven appearance, and in severe cases even blistering. Therefore, the only solution that can be used when using low basis weight raw paper is to strengthen the control and adjustment of the production process and try to overcome the quality problems caused by the low basis weight of the base paper. In the case of ensuring the adhesion of the cardboard, the amount of sizing should be adjusted as much as possible, and the speed of the machine should be increased in order to avoid the effect of excessive sizing or overheating temperature on the expansion and contraction of the paper fibers. The size of the sizing amount is usually 1 to 2 mm for the width of the glue line on the peak. The specific amount of paper should be based on the amount of paper.

2 Research and Countermeasures of Bonding Quality of Corrugated Paperboard

In corrugated board production lines, poor corrugated board adhesion (bubbling, degumming, and spurious particles) has occurred from time to time. The reasons are various, such as the high moisture content of the base paper, improper control of the amount of glue applied in production, and the quality of the adhesive. The adhesive mechanism of the adhesive is the first problem that should be solved. If one knows little or little about the adhesion mechanism of adhesives, then when poor adhesion occurs in production, it will be difficult to calmly deal with or do nothing, or to solve superficial problems on the surface, without grasping the essence of the problem. It is difficult to completely cure. Therefore, the author elaborates on the adhesion mechanism of adhesives.

Although adhesives make up a very small proportion of the manufacturing cost of corrugated board, they play a significant role in the quality of corrugated board. Therefore, regarding the formulation and quality control of adhesives, it has become a subject of long-term research by experts at home and abroad.

There are many types of adhesives. Such as starch series adhesives, polyvinyl alcohol and so on. At present, most manufacturers use starch-based adhesives. Starch adhesives have the following advantages compared to other adhesives: 1) Strong adhesion, easy penetration into paper to produce adhesion; 2) Good initial viscosity; 3) Easy storage; 4) Strong adhesion of paperboard cartons Flat, not easy to run, not easy to absorb moisture. However, in the production, starch binders also have shortcomings such as long reaction time, difficult to control oxidation depth, instable quality, complicated reaction process, etc. In addition, most manufacturers use machinery in the production of starch adhesives. The reaction conditions of oxidized starch can not effectively control and adjust the formulation, process and oxidation depth of the adhesive. It not only wastes raw materials and prolongs the reaction time, but also the quality of the adhesive is not controlled, affecting the corrugated board Performance. Therefore, when used, only the addition of water and complexing agent can be used to obtain a pre-oxidized starch adhesive for the bonding of corrugated cardboard.

Corrugated cardboard adhesive molding each step has a direct relationship with the adhesive bonding mechanism. The nature of starch is due to the fact that the starch molecules contain hydroxyls that are prone to chemical reactions, so the starch can react chemically with many substances. In the starch molecule, hydrogen bonds can be formed between hydroxyl groups on adjacent segments, thereby increasing the stability of the starch granules in the solution. In the process of using starch, it is always the first to destroy the structure of the pellet and cause swelling of the pellet. The hydration and dissolution of the starch molecules is generally referred to as gelatinization of the starch. The whole process of bonding is done on core paper with sufficient heat and humidity. The adhesive applied to the peak gradually wets, diffuses and penetrates into the paper fiber structure. The raw starch will rapidly gel at this time and the water will evaporate under the effect of high temperature, and finally reach full cure. When the above bonding mechanism corrugated board 5 steps of bonding are synchronized, the best bonding effect will be obtained. If the adhesive gel is too fast, it will cause the glue to spread and infiltrate insufficiently, which will accumulate on the surface of the cardboard and will condense into crystals, causing the cardboard to stick. If the adhesive gel is too slow, there will be a lot of glue. Diffusion and penetration into the two sides of the peak sizing line appear white lines. At this time, raw starch loses its viscosity due to its inability to ripen, resulting in poor adhesion of the cardboard.

The data in the table is not static. Because in the production process, the steam pressure and the production speed provided by the machine and the moisture content of the raw paper are constantly changing, so it is necessary to make timely and timely adjustments to meet the needs of each step of the adhesive forming, to achieve the best adhesion effect.

In summary, to solve the problems of corrugated board shape and poor adhesion, it is necessary not only to have a deeper understanding of the principle of bonding and forming of the paperboard, but also to conduct in-depth research on the operating characteristics of the paperboard production equipment in order to achieve The best process solution achieves the best product quality and enables the cardboard production line to operate at high speed, high efficiency and high quality. 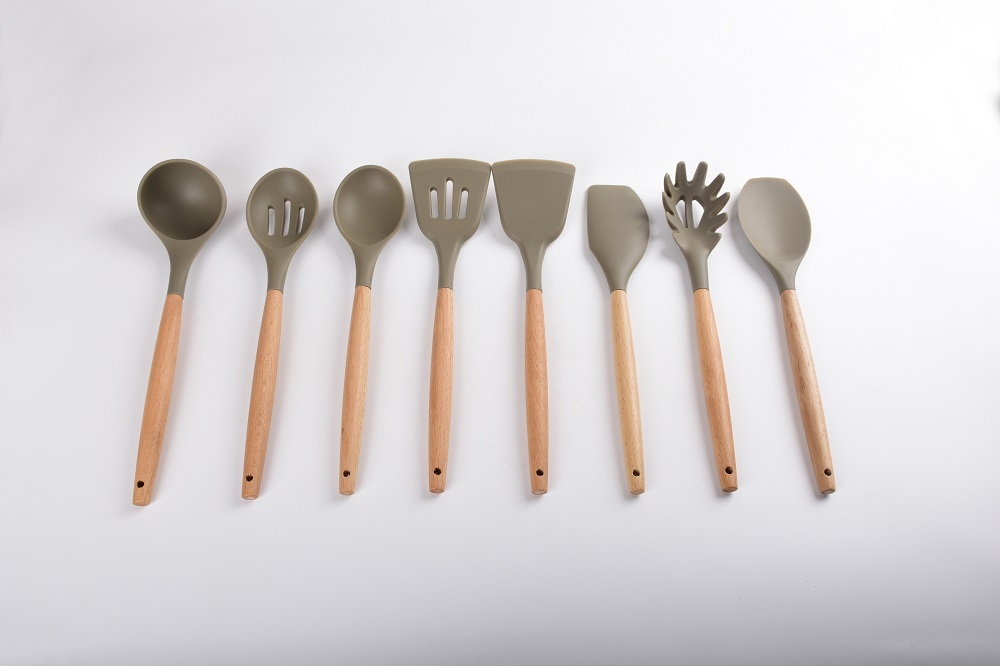