Alkyl phenol polyoxyethylene ether (APEO) is widely used in textiles, plastics, rubber, household chemicals, pharmaceuticals, paper and other industries, as detergents, emulsifiers, wetting agents, diffusion agents, stabilizers and so on. It is another major class of non-ionic surfactants after the fatty alcohol polyoxyethylene ethers. It is used in excess of 400,000 tons per year in the world and in the United States at a maximum of 250,000 tons. APEO has the largest nonylphenol polyoxyethylene ether (NPEO), accounting for 80% to 85%, octylphenol polyoxyethylene ether (OPEO) 15%, and dodecylphenol polyoxyethylene ether (DPEO) and two Nonylphenol polyoxyethylene ether (DNPEO) accounts for 1% each. The eco-environmental issues related to the toxicity and biodegradability of APEO have been debated for many years. Many laboratory data indicate that APEO biodegradation is slow and biodegradable metabolites are potentially harmful to the environment. Therefore, some countries have laws and regulations that limit the production and use of APEO. In the United Kingdom, the use of APEO in household detergents was stopped in 1976. In 2000, it is planned to be banned in the industrial sector. The German Association for Acrylic Surfactants and Surfactant Manufacturers recommend stopping the use of APE0 in detergents. There are also regulations prohibiting APEO in Denmark. Denmark It is recommended that the use of APEO be stopped in cosmetics, soaps and detergents by the year 2000. In the advertisement of surfactants and detergents, the word "APEO free" was used to prove that the product is environmentally friendly. However, in the United States, a manufacturer of alkyl phenol ethoxylates established a division of CHEMSTAR in the Association of Chemical Manufacturers in 1987, and the contrary conclusion was reached. How much influence does APEO have on eco-environmental protection? This article is based on literature. 1 Toxicity

During the biodegradation of NPEO, the NPEO chain is broken, forming NPEOs (ie, NPEO1 and NPEO2) that retain 1 to 2 EOs. These metabolites can be oxidized to the corresponding carboxylic acids (NPEC1 and NPEC2), eventually to NPs. (Nonylphenol). There are several degradation products, namely: short chain ethoxylates, corresponding carboxylic acids and alkyl phenols. With the shortening of the EO chain, the poorer the water solubility of the metabolites, the greater the degradation of the NPEO along with the depth of degradation, and the greater toxicity to the aquatic organism NP than the NPEO.
The acute toxicity of NPEO1 and NPE02 to fish, invertebrates, seaweeds and microorganisms ranges from 4600 Î¼g/l to l4000 Î¼g/l, which is moderate or very low toxicity according to the standards set by the United States Environmental Protection Agency (EPA). The NP toxicity ranged from 17 Î¼g/l to 3000 Î¼g/l, which is the highest and very high toxicity. Since APEO is used in daily detergents and textile dyeing auxiliaries to achieve a predetermined function through physical processes of interfacial adsorption or micelle behavior, the chemical structure is not affected. After the function is completed, it is discharged into the sewage treatment system and finally into the river waters. Therefore, whether NPEO and its metabolites are harmful to fish and other aquatic organisms, the most reasonable and practical should be sampling in the river area downstream of the sewage discharge. The American Chemical Manufacturers Association and the Environmental Protection Agreement have conducted a series of experiments on the effects of NPEO and its metabolites. There are 6800 rivers in the river survey database provided by the US EPA. There are 5,000 rivers and lakes with no waste water, no flow, and 30 typical rivers are selected. In these 30 rivers, the distribution patterns of NP, NPEO1, and NPE02 are somewhat similar. About 70% of the samples contained NP and NPEO1 that were not detected, and 60% of NPE02 was below the detection limit. The concentration of NP and NPEO1 in 90% of the samples was â‰¤ 0.3 Î¼g/l, and the concentration of 90% NPE02 was â‰¤ 0.4 Î¼g/l. The highest value of NP in river water is 0.64 Î¼g/l (ppb), and the highest concentration in river sediments is 2960 Î¼g/l. The NP-sensitive aquatic organisms in the river water are poisoned at concentrations ranging from 6.7 Î¼g/l to 14 Î¼g/l, and the concentrations of 34200 Î¼g/l can poison organisms living in river sediments. The results of the 30 river sampling points in the United States are summarized as follows: (1) 37% of rivers with negligible NPEO in water and sediments; (2) 13% of rivers with higher concentrations of NPEO; (3) Lower concentrations of NPEO The river accounts for 27%. Sampling of rivers in North America and Europe has also been reported. In the waters near Canada's dense industrial area, the concentration of NP could not be detected to 0.92 Î¼g/l in most (76%) rivers, and the concentrations of NPEO1 and NPEO2 could not be detected. To 10 Î¼g/l. The concentration of NP in river sediments ranged from 170 Î¼g/l to 72,000 Î¼g/l, and the concentrations of NPEO1 and NPEO2 could not be detected to 17 Î¼g/l. The measured NPEO concentrations in the four water systems in Italy range from 0.64 Î¼g/l to 4.3 Î¼g/l. In the sediments of 22 estuaries in Europe, the concentration of NP was from undetectable to 17 Î¼g/l, and the concentration of NP was undetectable to 2.2 Î¼g/l. This fully demonstrates that NPEO can be highly biodegraded to carbon dioxide and water, and it will hardly accumulate in water and sediment and pose a hazard to the environment.

The biodegradability of APEO has been plagued with its use. The traditional literature states that NPEO biodegradation is 0% to 9%. The biodegradation test mainly examines the process of decomposition of a surfactant by a microorganism and the degree of decomposition. Natural water sources, sludge, soil, sewage systems, etc. can all become the biodegradation environment of surfactants. Simulating these environmental conditions of these rings can study the biodegradability of surfactants. Because the simulation conditions are complex and difficult to control precisely, the results of using different simulation parties tend to be different. The current and past methods used are: Oscillating culture method; Activated sludge method; Biological oxygen demand method (BOD); Warhurg method and change to carbon dioxide method. Due to the complexity of the biodegradation experiment process and the large number of interference factors, different test methods often result in different data, and even the results of test data obtained by different methods cannot be compared. For example, using the Warhurg method, the BOD method and the activated sludge method, the test results of the degradation rate of ABS were: 13%; 17% and 29%; the biodegradation rates of AS were: 92%; 100% and 89%. The DECD (Organization for Economic Co-operation and Development) issued the 301-B Law and the 301-F Law in 1993 and established a set of mutually recognized test standards among member states, which must be measured by qualified laboratories recognized by the OECD Special Committee. Only experimental results can be acknowledged. The OECD 301-B method quantifies the biodegradation by the amount of CO2 produced in the biodegradation process in a closed container, and the generated CO2 is absorbed by Ba(OH)2 to measure the CO2 produced by the test substance at specific time intervals. Calculate the percentage of the theoretical CO2 value (ThCO2). The Saturn correction method of the OECD 301-B method is a 28-day final aerobic biodegradation method. A compound must produce at least 60% of ThCO2 within 28 days and produce the first 10% of ThCO2 within 10 days before it can be considered as potentially biodegradable. The OECD301-F method evaluates the biodegradability of the test substance by the consumption of microorganisms and O2 in the water. In the process of biodegradation, the amount of O2 absorbed by microorganisms can be expressed as the percentage of ThOD, which is also 60% of the 28-day biodegradation experiment. ThOD.

Environmental hormones are chemicals that can invade the human body and have a role similar to that of female hormones and can endanger the body's normal hormone secretion. It can lead to a decrease in the number of spermatozoa, an abnormality in reproductive organs, and a decline in the reproductive capacity of organisms. It has become a natural enemy of all living creatures including human beings. A lot of research has proved that there are some chemical substances that will produce the above results. In 1997, the British Environmental Protection Agency (EPA) proposed 70 chemicals that are environmental hormones, including alkyl phenols (NP and OP). It has also been reported that NPEO1 and NPEO2 have estrogenic effects similar to those of NP. In 1997, Zhou Wenyuan et al. reported that NP has a very weak estrogenic effect, and NP can only observe the effect at extremely high concentrations and for a long time. NPEO1, NPEO2 and corresponding NPEC1, NPEC2 are similar to NP.
Table 1 Estrogenic effects of NP and NPEO Compounds Estrogen Effects Estradiol 1.000000
NP 0.0000090
NPEO1 0.0000063
NPEO2 0.0000060
NPEO9 0.0000002
NPEO40 Not Significantly As can be seen from the above table, NP and NPEO have only a very weak estrogenic effect and do not pose a biosafety hazard.

The latter was proposed by the European Parliament on February 5, 2002, through the European Commission on May 14, 2001 in accordance with the directive 76/769/EEC to propose the ban of 25 types of hazardous chemicals. 2,2`-linked ethylene oxide is classified as a carcinogen and mutagen. This directive will have a preparation period of 18 months from the date of its release and will take effect in August of this year (2003). 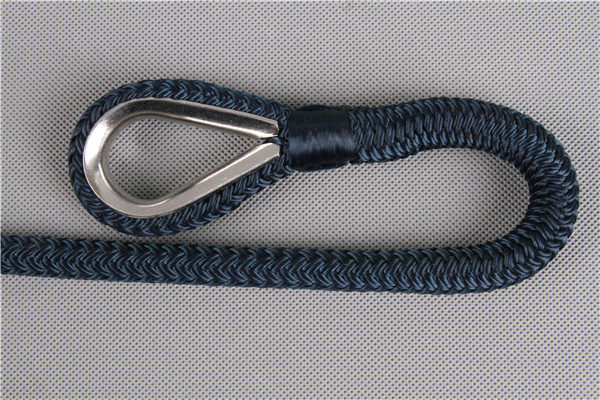 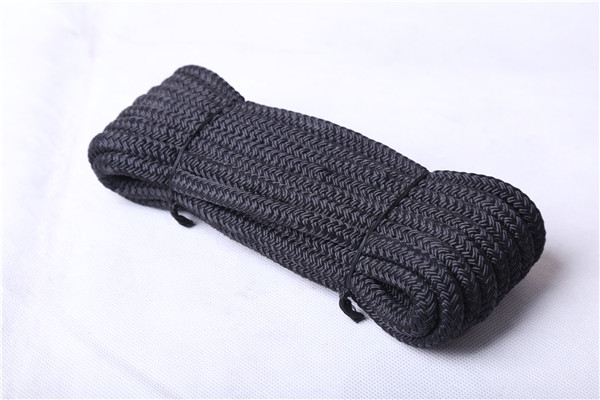 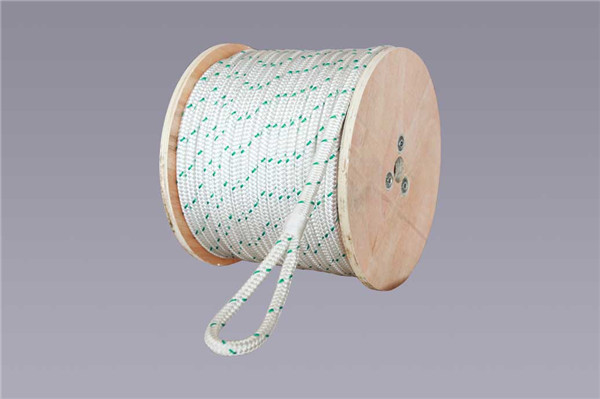 Q.:What about the lead time?